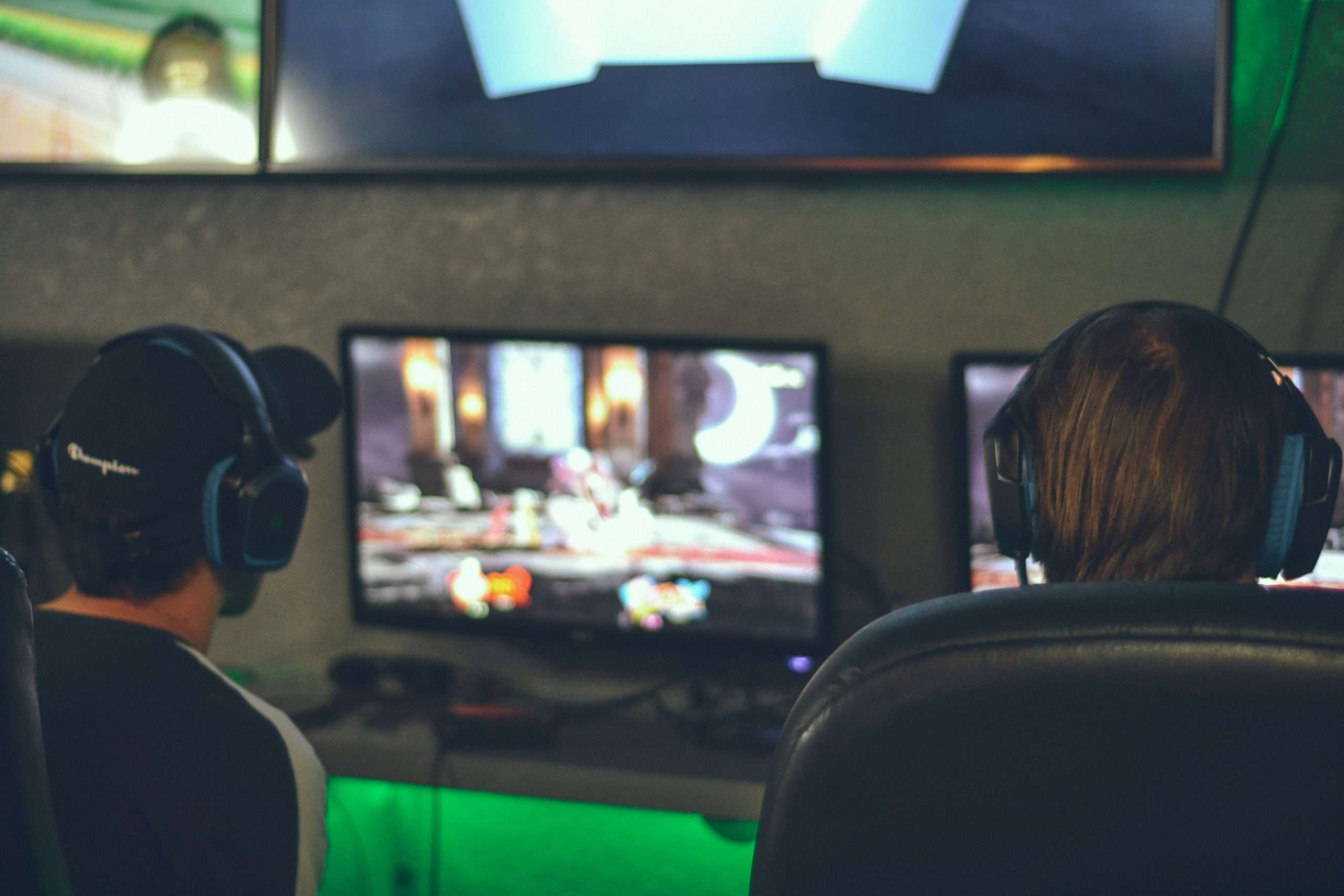 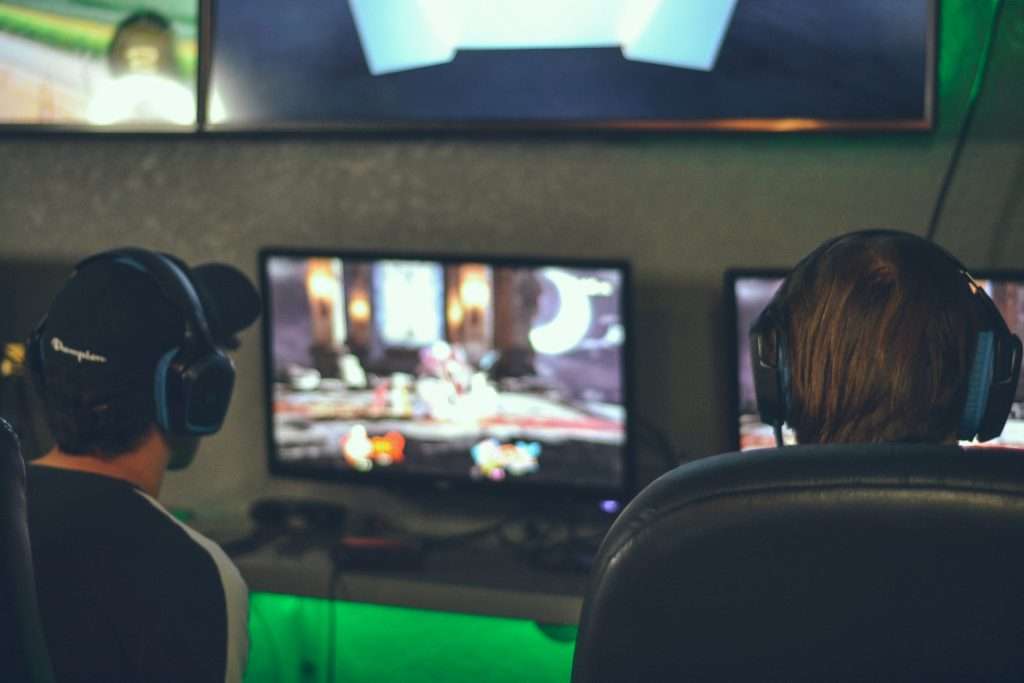 We are just beginning to understand technology addiction and our society’s reliance on screen time. Most research on the effects of video game addiction have been limited to its association with real-life aggression, which is inconclusive.

Some may argue that they pick up violent scripts from games, while others argue that people live vicariously through their characters and the outlet virtual aggression provides for feelings of anger; however, if your son is addicted to video games, he is probably spending more time on the couch than fighting on the street. While video games began as simple mind games and upgraded to social arcade games, researchers believe that the accessibility of video games through personal consoles and devices has changed the nature of video games and made them easily addictive.

More parents are introducing simpler video games early in their child’s lives as an educational tool as well as using them as digital babysitters. While girls are socialized to look up to princesses as role models, boys are introduced to superheroes who are usually featured in cult series or video games. It is common for young boys to bond over video games when they spend time together, while girls may be more encouraged to use their imagination.

As the novelty of the availability of certain games has worn off, video games have improved their graphics and added more levels to be unlocked to keep consumers engaged. While many games are part of a series and upgrade every few years, a lot of games seem to have an unlimited amount of levels that ensure the user won’t get bored easily. Many parents assume their sons will age out of playing video games as they find other activities or explore various careers, but as video games are becoming more complex, the world of computer science is becoming increasingly advanced.

Not All Games are Mindless

Video games provide hours of entertainment, but they also encourage problem-solving, motor control and dexterity, personal agency and cognitive flexibility, or the ability to take multiple perspectives. Many games are challenging and require higher-order thinking and role playing rather than just repetitive movements. While many critics point out that people who are addicted to video games have a hard time focusing on other tasks, studies show some video games actually improve one’s ability to focus on certain details and filter out irrelevant information.

When Does it Become an Addiction?

It is important to distinguish between excessive screen time and video game addiction. Someone who has a busy schedule may spend a limited amount of time in front of a video game, but they might spend an excessive amount of time thinking about the game and planning their next move. They might dream about their favorite game or have trouble falling asleep because of the urge to continue playing. They might be sad, anxious, or irritable when they are unable to play or might play in order to escape from negative emotions, such as depression and hopelessness. The most noticeable sign is excessive screen time, as it can be associated with isolation from others, loss of interest in other activities, and a decline in academic performance. Likewise, someone can spend a lot of time playing video games with friends and have minimal problems in other areas of their lives.

Validate that video games can be addictive. Don’t judge his choices or make assumptions about his group of friends. It is a common hobby among teenage boys and many boys claim to spend an excessive amount of time playing games. Understand that brain activity spikes while playing and elevates their mood, which creates a reward loop.

Don’t over react or threaten to take away screen time. Like with drugs, going cold turkey may increase anxiety around video games. There are ways to monitor the amount of time they spend playing games without taking it away altogether. Although there is some debate around whether it should be used as a reward for completing chores or homework, guidelines around appropriate times of the day and an appropriate period of time may be helpful in limiting their use.

Don’t enable them by giving in to buying new products. There is always going to be another product. They may choose to save up for something they want or borrow a game from a friend. It may be helpful to encourage them to play the game using a different character or technique or with different people to help keep the games they do have stimulating.

Engage with them while playing by asking if they would teach you, asking to watch, or suggesting you play a different game together.

Ask them to consider what lessons they have learned in games that have helped them offline. What makes it meaningful to them? Are they aware of why they are dependent on games?

Role model how to unplug. Whether it is video games or social media, we are all addicted to technology to some extent. Encourage outdoor activities, weekend trips, or tech-free family dinners to explore how to build in-person relationships and connectivity.

Equinox RTC is a residential treatment center for teen boys, ages 14 – 18. Our students struggle with depression, anxiety, trauma, drug use, and other behavioral or emotional issues. Many of the boys we work with are addicted to video games or use technology excessively. We strive to help students develop healthy habits and lead themselves back onto a path of success through meaningful therapy and a nurturing environment. We teach students how to unplug and tune in through adventure activities, teamwork, and community service.At Equinox, teenagers work towards building accountability, respect, and a solution-oriented approach to solving their challenges.

Hand-held Devices and Health: When Social Media becomes a Problem