Home > Social Skills Issues  > The Crisis of Connection: The Value of Male Friendships 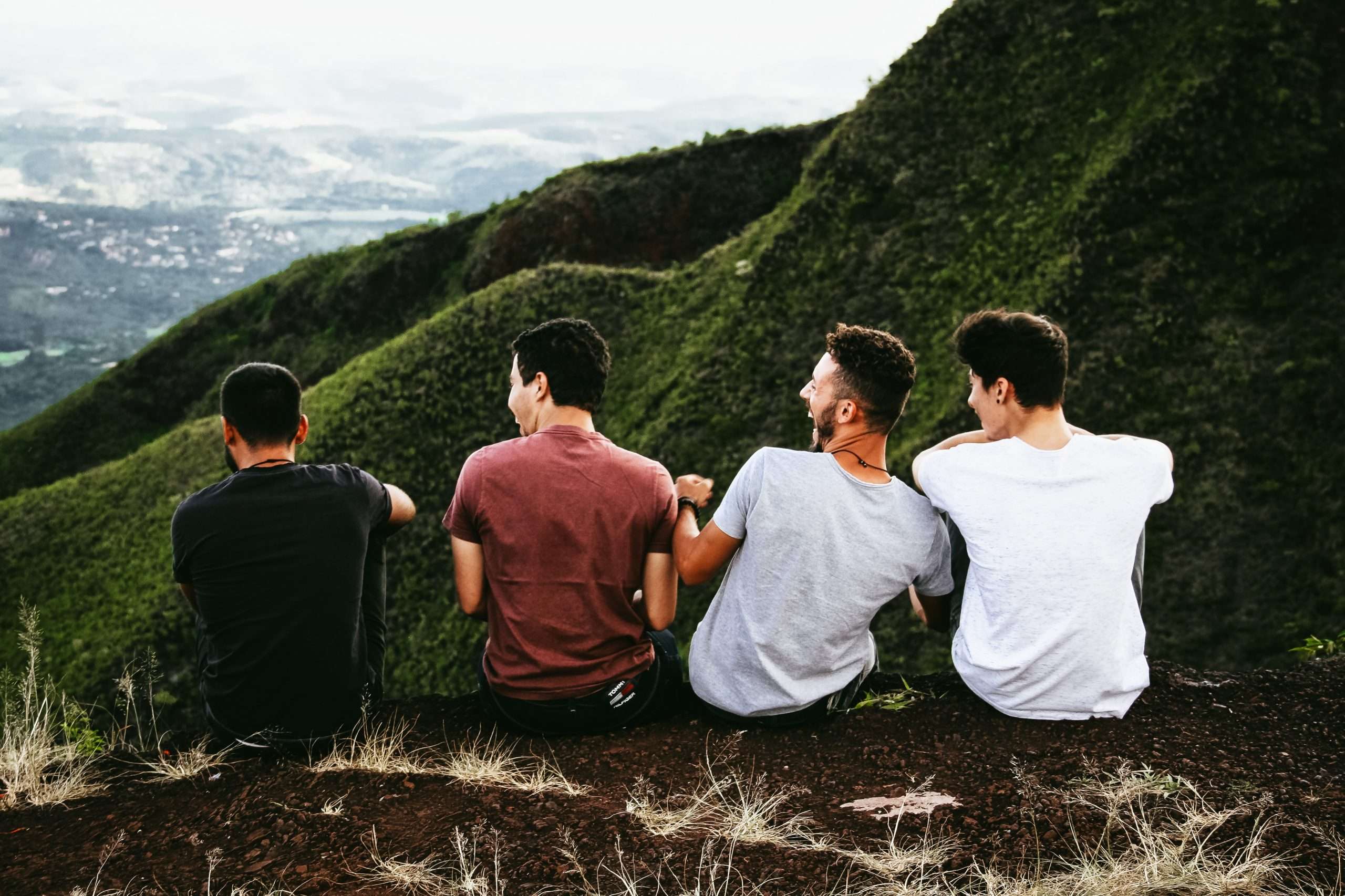 The Crisis of Connection: The Value of Male Friendships

As young children, males can typically generate and sustain friendships with ease. Shared activities, scheduled playdates, and a lack of awareness surrounding the stereotypical archetype of stoic, masculine friendships allow boys to interact more naturally with each other in their younger years. But as males approach adolescence, the dynamics of friendship often shift and fear takes over as teen boys worry about being labeled girly, immature, or gay if they have close relationships with other males.

The positive health and emotional benefits that friendships can provide in adolescence signal the importance of learning about the intricacies of male friendship, what challenges stand in the way of developing these bonds, and how to help male teens overcome these hurdles to form connections with each other.

Male friendships and why they are so important

When male friendships are discussed, they are often relegated to the superficial category of buddies and described as a network of peers where sharing and emotional support isn’t part of the narrative. These friendships are often depicted as pals interested in playing sports, competing against one another, and discussing various conquests in life, rather than as deep emotional bonds that thrive on sharing their inner lives. These depictions are defined by their simplicity and do not account for any emotional nuance or depth. However, when researchers actually talked to adolescent boys, they found that males do desire developing friendships where secrets are shared, that friendships are essential for their mental health, and the loss of these friendships through adolescence is painful for them.

Society has long dictated what appropriately gendered friendships should look like, and males typically experience shoulder-to-shoulder friendships while females enjoy face-to-face friendships. These stereotypes create a framework for what males and females should do and say within their friendships. Shoulder-to-shoulder friendships require action and activities. This bond could be based on playing video games or joining a sports league together, but they typically don’t require deep conversation, which can limit the vulnerability shared between the pair. This can ultimately result in providing less emotional support and self-disclosure than female relationships. Despite these norms, males who are able to engage in emotional support in their friendships find numerous physical and mental health benefits.

Male-to-male friendships are extremely important as they offer the potential for stronger overall well-being and academic potential. A study in 2009 found that support from close friends was more predictive of psychological well-being and academic performance than parent support. The study also found that those with close friends were at a lower risk for depression, suicide, dropping out of school, teen pregnancy, substance use, and gang membership. Researchers argue that this can be the case because social support provides teens effective coping mechanisms during times of adversity that can reduce the harmful effects of stress on the body. Friendships can also impact physical health as research has shown that those who spend more time with friends in their youth tend to have lower blood pressure and BMI in adulthood.

Even though the documented emotional and health benefits of male friendships is widely known, there are still many challenges males face in developing strong social bonds throughout adolescence.

Researchers have found that teen boys often discuss the frequency of losing relationships as adolescence progresses, despite a continued craving for these connections. So what challenges are standing in the way of teen boys maintaining their strong friendships? Niobe Way of New York University describes that this loss of friendship can be divided into thin and thick cultural explanations.

Thin cultural explanations can be described as familiar narratives that only start to skim the surface. When asked about why friendships disappear, teens will report reasons such as having romantic relationships, busy lives with school and work schedules, and changes in schools or neighborhoods. These types of excuses are often given freely, but the boys still express a desire to return to a time when friendships came easily and naturally.

Thick cultural explanations for deteriorating male friendships in adolescence focus on the deeper, more systemic conventions of masculinity that emphasize stoicism and autonomy and prevent males from relying on each other as sources of emotional support. When boys cite reasons for not engaging in trusting, sharing friendships during late adolescence such as not wanting to seem girly or gay, we see the structural powers of homophobia and sexism play a powerful role in experiencing friendship loss. Stuck in these cultural archetypes, teen males can become increasingly disconnected, less empathetic, and less trusting.

Perception of what maturity should look like also plays a role in thick cultural explanations of adolescent male connection struggles. Even though research has proven the importance and benefits of human connection, The United States continues to value autonomy, independence, and emotional stoicism as the key factors for male maturity. If teens equate immaturity with sharing feelings, it’s easy to see why they begin to close themselves off as they get older. These perceptions of maturity can harm existing connections and relationships as adolescent males feel they need to shoulder the sole responsibility of taking care of themselves.

In addition to what teen boys hear from society and the media about what male friendships should look like, parents can also have a large impact on their teen’s friendship formation. There are many strategies you can implement at home to set your son up for success in developing and maintaining strong friendships throughout adolescence.

It can be beneficial to open up communication lines with your child from an early age that consistently challenges gender stereotypes. Brain researchers have found that boys and girls are more similar than they are different in their core capacities related to social and emotional intelligence. When stereotypes such as girls have more feelings and boys have more thoughts arise, challenge this notion by stating that both thinking and feeling are valuable human qualities that all people possess. It can also be beneficial to examine your own thoughts and attitudes about gender and what messages you may be sending to your son, consciously or unconsciously, about masculinity.

Within these conversations, directly address issues of sexual orientation and homophobic language. If your son expresses concerns about being described as gay for having close friendships, engage in conversations with them about sexual orientation differences and that all people have a desire and need for close friendships regardless of sexual preference. If you hear your son using problematic or homophobic language, be willing to break those statements down and challenge his ways of thinking.

One way to facilitate connection between teen males is to provide settings that promote healthy friendships and a sense of community. It’s not enough to just provide a location where teens can hang out, they need to be given opportunities to spend quality time together where sharing and being vulnerable is acceptable and appreciated. These opportunities can be led by caring adults and can include groups such as school clubs, sports teams, or religious groups. Adults can use these groups to maintain an ongoing dialogue about healthy relationships in a safe and welcoming space.

Another way for teen males to see healthy male friendships is through the use of modeling. Talk with your teen about what you personally value in friendships and use models of your own same-sex friendships to give your son an idea of what it takes to maintain friendships over a lifetime, including strategies for conflict resolution.

If your teen is struggling to develop healthy and lasting friendships, Equinox residential treatment center can provide him with the support he needs.

Equinox RTC is a groundbreaking residential treatment center for young men ages 14-18 who are struggling with a wide array of problems such as depression, anxiety, trauma, low self-esteem, poor relationship choices, and social struggles. With decades of experience working with adolescents, our founding team developed a clinically intensive, trauma-informed, neurologically-based, and adventure-filled program focused on the specific challenges and needs of young men.

Creating healthy, happy relationships is at the core of our programming. At Equinox, we help our students and families learn to regulate their emotions through the modalities of mindfulness, relationship therapy, equine-assisted psychotherapy, and adventure therapy. We also take advantage of the therapeutic setting by offering young men opportunities to solve problems together and grow the community through group therapy. When change is generated through a relationship-based and principle-centered focus, sustainable change is achievable. For more information on how Equinox can help, please call us today at (828) 414-2968. 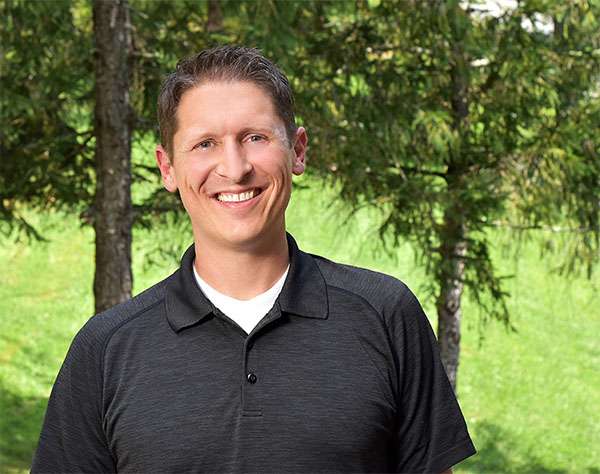 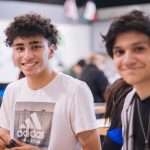 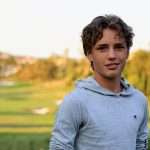 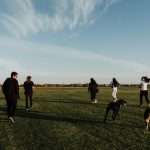 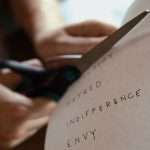