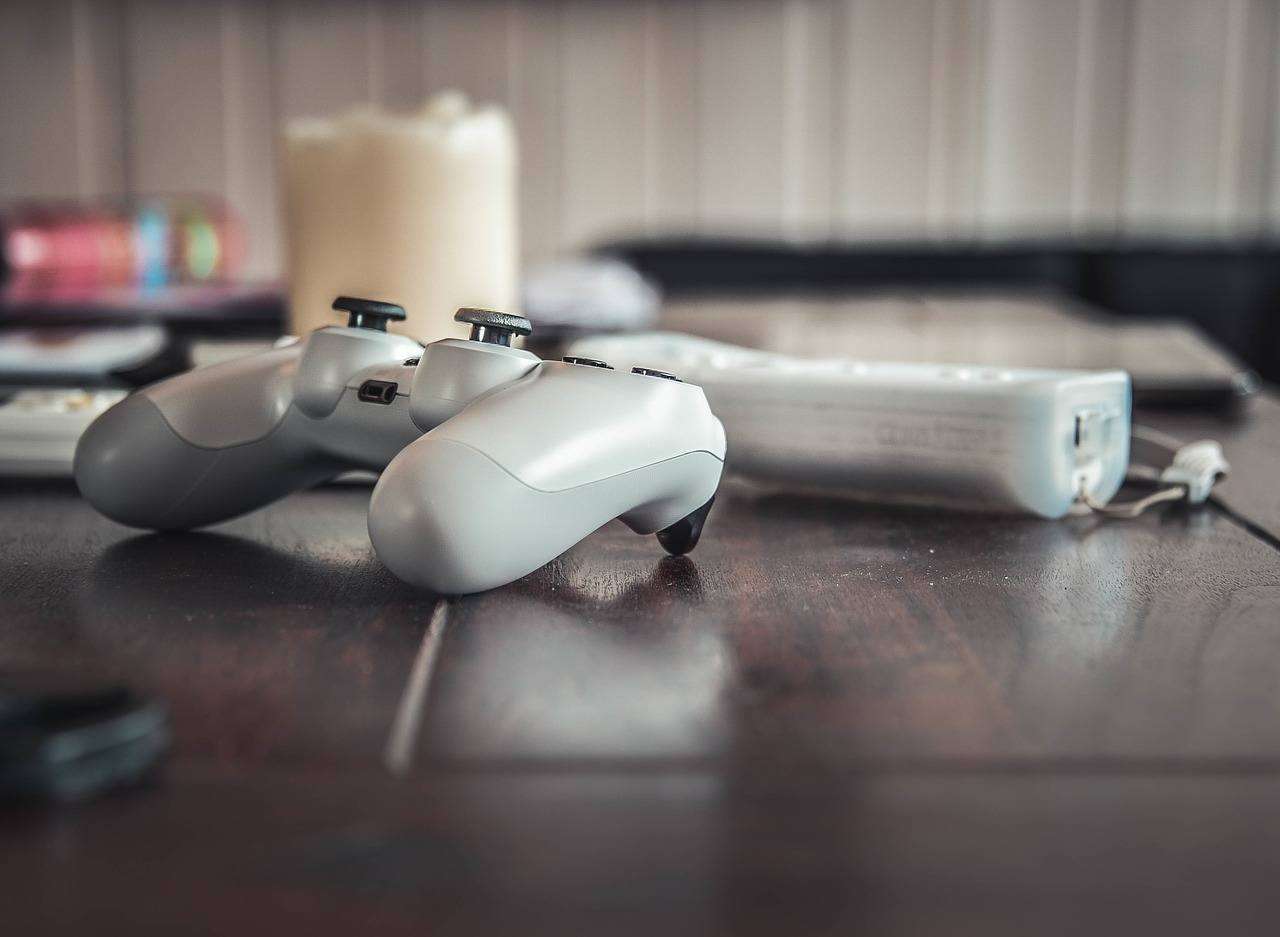 Video Game Addictions and Their Effects on the Brain

Since video games came on the scene in the 1970s, they have captured the attention and the imagination of children and adults alike all around the world. From the primitive, pixelated games of the past to today’s complex, multifaceted, virtual-reality games, video games clearly have the potential to enthrall humans for long periods of time.

The pervasiveness of video games has only increased in the last decade with more than 1 billion people worldwide estimated to have played video games in 2012 alone. And despite the American Academy of Pediatrics recommendation for a maximum of 2 hours of daily screen time for adolescents, studies have shown that heavy video game users can play upwards of 40 hours per week.

While mild to moderate video game use can be harmless and in some cases even shows minor benefits to visuospatial cognition, mental rotation, and attention, researchers are concerned about excessive video game use, how it can mirror impacts similar to other addictions, how it can impact brain development, and how it can cause other issues for adolescents. Even though the research on this field is still in development, the potential risks of developing video game addiction signal a need to learn about what this addiction could look like, the possible negative impacts, and how to prevent and curb excessive video game use in teens.

What is video game addiction and what are the signs?

The concept of video game addiction has been hotly debated among researchers in recent years and they have yet to come to a consensus on whether or not it should be included as a psychiatric disorder. Some researchers claim that video game addiction should be given its own classification under the Diagnostic and Statistical Manual of Mental Disorders (DSM-V), while others argue that it may just fall under part of an existing psychological disorder recognized as a process addiction similar to compulsive gambling. Still, others argue that comparing video game addiction to gambling addiction is flawed because there are no financial stakes or losses involved with gaming.

This uncertainty of a diagnosable condition, combined with the fact that many parents and researchers support the benefits that gaming can have on imagination and collaboration has made it difficult to come up with a precise definition for gaming addiction. The World Health organization has come the closest to a definition, stating that gaming disorder is a “pattern of gaming behavior characterized by impaired control over gaming, increasing priority given to gaming over other activities to the extent that gaming takes precedence over other interests and daily activities, and continuation or escalation of gaming despite the occurrence of negative consequences.”

Even without an officially diagnosed disorder, it’s clear to see when excessive video game use has become a problem as is the case when teens become so attached to their controllers that they threaten their parents when told to put it away. Teens with addictive video game tendencies might show trouble stopping play even when they know they should and even if it’s causing them to neglect their friends, family, work, and education. An inability to quit playing combined with withdrawal symptoms consistent with substance addiction, such as fatigue, headaches, insomnia, aggression, and intense cravings, substantiate the case for gaming addiction.

Why are teens becoming addicted to gaming and how can you tell if you should be concerned about your son’s video game usage? Research indicates that escapism and social acceptance are two video game qualities that can facilitate addictive behavior. Gaming can offer an opportunity to escape the problems of the real world and provide a community of other gamers where players feel more welcome, appreciated, and accepted than they do in their real social lives, which can cause an elevation in self-esteem. If you worry your son may be exhibiting a pattern of gaming addiction, here are the signs to look out for:

– Feeling intense negative emotions when not able to play

– Unable to turn away from the screen, even when asked

– Lying to friends and family about time spent gaming

Teens that are showing signs consistent with gaming addiction can experience negative impacts on brain development along with a host of other issues.

One of the most talked about potential impacts of video game use for teens surrounds brain development. As early as the 1990s, scientists warned that because video games only stimulate the brain regions associated with vision and movement, that the other parts of the brain that control behavior, emotion, and learning could be underdeveloped. Playing video games is also known to flood the pleasure center of the brain with dopamine which injects an energetic rush into gamers. However, this rush is temporary, and all the extra dopamine sitting around in the brain causes the brain to produce less of this neurotransmitter, resulting in an overall diminished supply of dopamine.

The surge of energy gamers receive ties back to our primitive fight or flight response as gaming can mimic the sensory assault humans are programmed to associate with danger. When our fight or flight instinct is triggered, our nervous system jumps to a state of hyperarousal, which can be difficult to shut off immediately. When this response is constantly triggered, the brain and the body can have difficulty returning to a calm state, which can result in chronic stress.

Chronic stress causes blood flow to be directed away from the thinking part of the brain and toward the more primitive areas necessary for survival. When the frontal lobe is bypassed, teens can have issues paying attention, managing emotions, resisting impulses, following directions, tolerating frustration and executing tasks. In addition to a possible deficit in these essential skills, too much video game time disrupts the body-clock and hinders natural sleeping patterns, which can compound the negative cognitive and behavioral issues associated with gaming.

Beyond brain development, there are main other associated issues with excessive gaming. There can be many negative physical health effects associated with a sedentary lifestyle such as weight gain, poor posture, and an increased risk of diabetes. There is also the social component to consider as teens who spend too much time in front of screen aren’t confronting the realities of socializing with peers in an in-person environment. This can also cause the avoidance of important developmental tasks in adolescence such as confronting painful emotions and awkward social experiences.

Because gaming is not yet classified as a psychiatric addiction, treatment and strategies for helping adolescents work through excessive video game use will look different than typical addiction treatment.

There are many behavioral interventions as well as strategies and tips you can implement at home if you worry your teen has been engaging in too much video game use. Treatment for excessive video game use typically focuses on behavioral modification therapies such as Cognitive Behavioral Therapy. This type of therapy guides the client away from obsessive thought patterns and habits of addiction. Group therapy can also be used as a part of treatment as a source of motivation and moral support. These types of therapy can be beneficial in both in-patient and out-patient treatment facilities depending on the severity of their addictive behavior. Beyond therapeutic intervention, try these at home strategies for helping reduce video game usage:

Equinox RTC is a groundbreaking residential treatment center for young men ages 14-18 struggling with trauma and addictive behaviors. With decades of experience working with adolescents, our founding team developed a clinically intensive, trauma-informed, neurologically-based, and adventure-filled program focused on the specific challenges and needs of young men. The Equinox difference focuses on respected, evidence-based approaches to the recovery from impulsive and addictive behaviors, depression, anxiety, trauma and loss.

If your child needs to disconnect from technology and work through addictive behaviors, Equinox residential treatment center can provide him the care he needs. Our program helps adolescents work through the challenges of addictive behavior in a safe environment. We provide therapeutic support using a variety of methodologies including milieu, individual, group, and family therapy that are relationship-based, principle-driven, and experientially applied. Our mission is to treat each student holistically, by addressing the core issues behind symptomatic behavior. For more information on how Equinox can help, please call us today at (828) 414-2968.